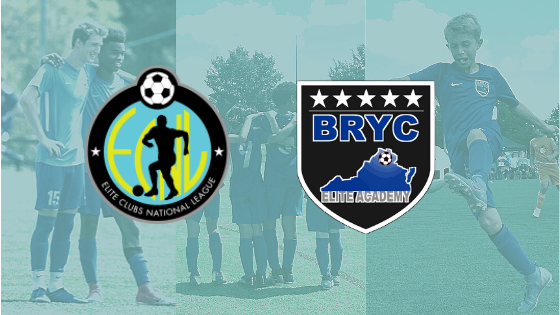 RICHMOND, VA (April 15, 2020) – The ECNL Boys is excited to announce the addition of multiple new clubs into the Mid-Atlantic Conference, and a re-alignment combining both current ECNL Boys member clubs and newly added programs. All clubs will compete together in the 2020-2021 season, in a format designed to maximize competitive value and reduce travel:

“The structure of the new Mid-Atlantic Conference allows clubs to create the competition schedule that best fits their culture and program, while ensuring that every team has the opportunity to compete against every other team,” said ECNL Boys Commissioner Jason Kutney.  “This is a result of a lot of work, idea-sharing, and discussion between everyone, and is a credit to open-minded and collaborative clubs creating a platform that is best for the game.”

The addition of the following clubs will add to the depth of exceptional talent in the ECNL Boys.

Arlington Soccer Association has been a decorated club within US Youth Soccer over the past decade, highlighted by a USYS National Championship in 2018. Arlington SA has more than 90 competitive club teams and offers recreational, developmental, and travel soccer opportunities to over 9,000 children in Arlington and surrounding communities.  Founded in 1970, Arlington Soccer was a pioneer in the Northern Virginia youth sports scene, becoming the first to offer programming across two seasons, fall and spring.  The club has grown exponentially over the past 50 years, and has expanded its Travel programming to include placement in a host of regional soccer leagues, providing opportunities for youth players of all levels in the communities it serves.  Most recently as a member of the US Development Academy, Arlington Soccer will join an ECNL Boys MidAtlantic Conference that has added considerable strength heading into 2020-2021 play.  “We are committed to continue our efforts to raise our Academy program standards and provide our players with a clear pathway to compete and showcase their talent on a competitive national platform,” said Oscar Feliu, Arlington Soccer Boys Academy Director. “We are honored to join the ECNL Boys and are looking forward to working with the league and clubs to further player development.”

Charlotte Soccer Academy was established in 2009 as a result of a merger between Charlotte Soccer Club and South Charlotte Soccer Association with a mission to provide a premier full-service soccer organization in the Charlotte region.  Following additional mergers with FCCA and Charlotte United Futbol club, CSA has quickly evolved into one of the country’s largest competitive soccer clubs with an emphasis of player development at all age groups catering to all levels of play.
“Charlotte SA is very excited about the opportunity to extend our relationship with the ECNL with a 10-month program offered by the ECNL,” said Executive Director Brad Wylde.  “We have been extremely impressed with the organization, infrastructure and opportunities the league has already provided and having an opportunity to extend the relationship continues to solidify our mission of providing the highest level of soccer for our top tier players.”

Charlotte Independence.  The Independence is one of the largest youth-to-pro structures in the country.  Affiliated with the USL Charlotte Independence, CISC have produced 12 professional players in the last 5 years and consistently incorporate its youth players with the professional team.  “At the Charlotte Independence we are thrilled to be a part of this exciting new movement to the Boys ECNL,” said Technical Director Dave Carton.  “We fully trust the Boys ECNL to provide the platform, and competitive structure to allow us to continue our player development environment. This is a new dawn for youth soccer in the United States, an incredible opportunity for all involved, and we look forward to a bright future in the ECNL.”

NC Fusion was established in 2018 through the alignment of Twin City Sports Association and Greensboro United Soccer Association to unite the Triad region of North Carolina through sport.  “In times of change and uncertainty, it’s always pertinent to circle back to what we know and believe in,” said Executive Director of North Carolina Fusion Scott Wollaston. “NC Fusion is and will continue to support and implement programs that provide the proper level of programming to all of our players, and the ECNL will offer the highest level of play for our top boys’ players.  We are fully committed to this platform moving forward.”

North Carolina FC Academy is the largest youth-to-professional club in the United States, affiliated with North Carolina FC in the USL. In the last five years, the club has had 33 players called into youth national team camps, 12 sign professional contracts with MLS, USL, or European clubs, and over 100 commit to play at the college level.  “At North Carolina FC Academy, we have grown and established our boys’ program to be a true developmental pathway for the most talented and aspiring players in our club and community,” said NCFC Boys Academy Director and North Carolina FC Assistant Coach John Bradford.  “We look forward to working with the ECNL leadership, as well as other motivated club leaders, in the ECNL.”

Richmond United was established in 2014 when the Richmond Strikers and Richmond Kickers united their respective US Soccer Development Academy programs to introduce a collaborative program designed to serve the most talented players in the region.  Since 2016, the club has helped 30 players move to college soccer and more than 10 players move to MLS Academies, including Chris Durkin, who currently plays in the Belgium top flight for Sint-Truiden.  “Richmond United is looking forward to joining the Boys ECNL,” said Director Sascha Goerres. “The ECNL will provide our club with a platform that enables us to offer the most comprehensive and successful player development in our region.”

Virginia Development Academy was formed in 2015 as the summit of the elite player pathway for Prince William Soccer and Virginia Soccer Association, representing more than 8,000 players. Since 2015, the club has developed 4 professionals, 2 youth national team players, seen 30 players progress into professional MLS Academies, and moved 16 players into college soccer in 2020 alone.  “We believe that this is a fantastic opportunity for our players and that we will able to create a platform with like-minded clubs that is inclusive and supports the vision and core values at VDA,” said VDA Technical Director Matt Lacey.  “We look forward to working with both the ECNL leadership and the clubs to create a bright future for players in our area and country.”

“In an already challenging time in sport and society, we are seeing great leadership from clubs of all backgrounds coming together to compete in the ECNL,” said ECNL President Christian Lavers.  “Our league will continue to work with as many clubs as possible to create a transparent competition pathway that puts the player and their interest first, respects individual club culture, and empowers grassroots leadership in the game.”